It is one of the most popular spices in Vietnam and Asia.

Especially, the flavor of the deer has always been the choice of the trust of many donors in Vietnam during the last 60 years 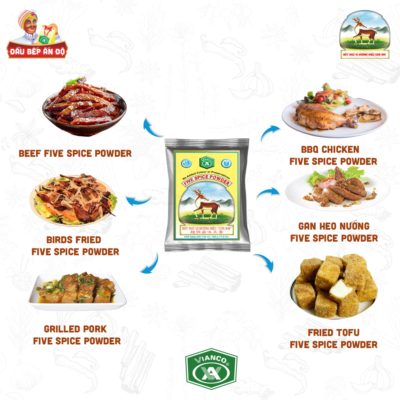 The flour flavor of the deer is a brand that stands out with the deer image on the packaging, which is one of the special products given the credibility of millions of Vietnamese people over the past 60 years.

The five flavors (in Chinese called 五香粉) are a convenient spice used in Chinese or Vietnamese cuisine, especially in Cantonese cuisine. It consists of five basic flavors in the cuisine: salty, sweet, sour, spicy, bitter.

The composition of the incense flavor is not the same in each type of mixing recipe. It may include powder of the following plants:

Pepper (or peppercorns, or the pepper, Zanthoxylum)

However, it is also possible to use another blending formula including cinnamon, pepper (Piper nigrum), clove, repatriate and anise. It is used in dishes (duck, cow) spinning or stew or curry dishes.

The flavor of a flavoured flour can be added to the market or ginger. The five flavors of incense packaged in Vietnam often have: anise, cloves, cinnamon insults, emerald, pepper, fisheye (Citrus reticulata) to dry out the dough), cilantro, cardamom (Amomum hongtsaoko), cashew nuts to create red color. In addition, there are several other flavor formulas such as coriander seeds, anise, cardamom (Amomum kwangsiense or A. Kravanh/compactum), pepper.

The formula for processing the incense flavor was based on the ancient Chinese philosophical background on the yin-yang balance in food. 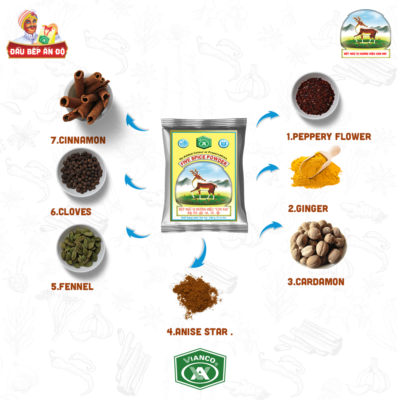 The powder of the flavor of the deer is both a skillful blend of yin and yang philosophy, the marble has been deeply printed in Vietnamese culture, and the precise reflection of the emotional ranks of human beings the composition of the five flavors are not the same. Each region has a different brewing style, depending on local taste and specialty

In Hawaii, some hotels have a five-incense jar right on the dining table.

The exact origin of the five flavors (Chinese is “the Ngu Huong”), or the person who finds it, has been forgotten in history. So what is the flavor of a flour that has the attraction?

It is thought that Chinese chefs in the past have tried to find the “perfect” spice, which includes a full range of 5 elements: sour, spicy, salty, sweet, bitter. Then, by chance, they have combined five different spices into one, and feel the power of this new spice in making the dishes lively, bold. The five flavors are widely used in Guangdong and gradually spreading their influence in the Oriental culinary culture.

The flavor of the deer has become a reliable choice of many cooking houses not only because of the pure natural ingredients, but above all it is the quality

Fried dishes, with ingredients that are also commonly used in combination with the flavor of the flavour, are in moderate doses.

The marble and the intercostal elements have always been the criterion and prominent characteristics of the flavor of the flour, and clearly indicate the composition elements of the powder.

Target: True origin, must be a Szechwan target, also known as Pepper or regular, a Szechuan specialty. Called “Pepper” but Szechwan in the lime family, not spicy, long brain flavor. They only use the dark red outer cover to powder after drying. Since it is not easy to earn on the market, pepper is often replaced with pepper. Digestive effects that stimulate digestion, warm abdominal, analgesic, antiemetic.

Repatrii: The fruit of the anise, shaped five wings. Crops for 6 years begin to harvest and harvest time can last throughout the life of the plant, nearly hundred years. The fruit is not ripe and is exposed to nine on the eyes, until the iron is rusty-brown. In addition, anise seeds are also used for pastries, bread, sweets and drinks such as tea. Repatriating can cure throat, cough. 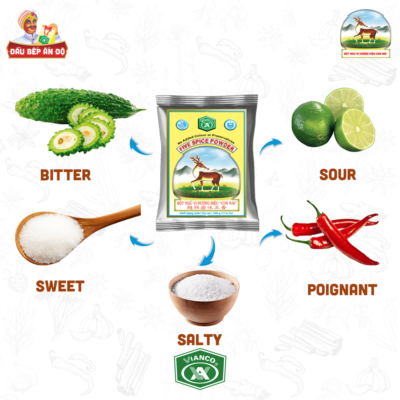 Cloves: The flower buds of the clove are dried for 3 days and have the fragrance, many essential oils, yellowish brown and snakes. Clove buds must be preserved in dark and cool. People use cloves to marinate fish, cakes, and drinks. Cloves can be used in cooking either intact or in the form of crushed into a powder, but due to its very strong odor, it is very small. In Oriental medicine clove is used to treat coccyx, cholera, abdominal pain also in western medicine, it stimulates digestion, strong antiseptic.

Cinnamon: The spice taken from the cinnamon bark, which is present a lot in the sweetened dessert u, but is used in many salty dishes in Asia. In any case, cinnamon is a relatively expensive type so far. Cinnamon helps prevent cardiovascular diseases, treat breathing problems, relieve joint pain, improve immune system.

That is, the plant can use both the leaf, seed or root to make spices. Although it originated in the Mediterranean region, the tree is known from the Chinese and Indians early in the country. It is the digestive support drug, which helps to reconctiously control, renal tonic, treatment of abdominal pain, bloating.

In addition to the five traditional spices mentioned above, there are many other combinations to form the five flavors of incense. A common formula includes cinnamon humiliation, pepper, clove, urinary and anise. Some flavoured dough sold in the market will add chili powder or ginger.

The philosophy of Yin and Yang has deeply printed the culture tradition of Vietnamese in particular and people of the East in general. It is the philosophy of balance, adequate, harmonious, symbolic of the personality of agriculture, peaceful and stable. In the gastronomy also, Vietnamese people prefer harmony between the tastes, each one a little, create a more rich and more pleasant to be too passionate in a particular taste.

Oriental Medicine said that the five flavors of the marble are as follows: the sour flavor into the Tibetan Can, the spicy belongs to the visceral organ, the salty taste to the kidney organ, the sweetness of the earth into the organ, the bitterness of fire into the organ of mind. That would add to the organ. The ancients believed that the five biological similarities, which were transformed back and forward, were the source of cosmic mobility and inner human beings. Therefore, if the balance is five, will ensure the body is healthy, the organ is compensated, long-term health.

A delicious dish, with Vietnamese people, also pay attention to the negative balance-positive, spices must be tasted to compensate, balance each other. The ancients said that all diseases were caused by a negative imbalance – positive, and the food itself was a drug to regulate, helping the body out of the disease. Therefore, the five flavors are favored in the traditional cuisine, with the spices themselves being a medicinal flavor, when the combination always follow the principle of the peace.

The five flavors symbolize the years of human emotion: sweet, salty, sour, bitter in life. Having lived in life, everyone has to go through those five emotions, unavoidable. Enjoying a dish that is full of five flavors is also an experience, each of which evoke memories, just sip to think about what happened in life. This harmonization is precisely the mirror that accurately reflects the human image in the old conception.

In Japan, the five flavors known as Shichimi Togarashi have up to 7 flavors that make up

The main ingredients of the five flavors include: pepper, anise, cinnamon, clove, dill.

Many people often wonder if curry powder and flavoured flour flavor is one? This question is often caused by the confusion of many people in the element of aromatherapy that make up these two mixed powders. 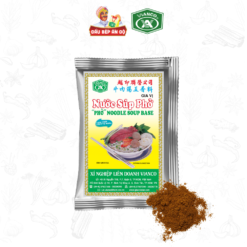