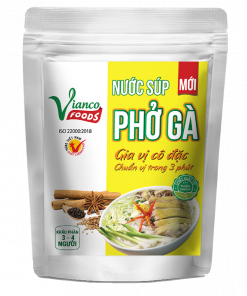 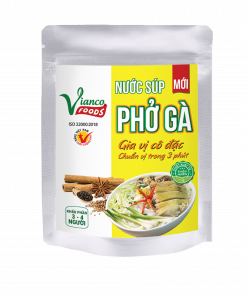 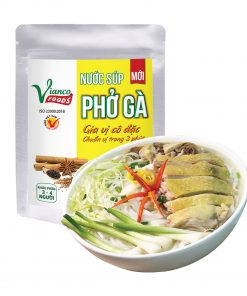 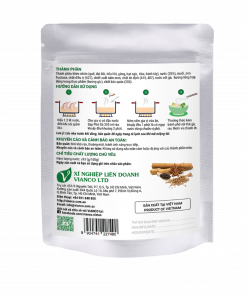 Storage: Store in a cool, dry place, get it away from direct sunlight. Close the lid after use.

Notice: Do not use if sensitive or allergic any of the above ingredients.

Pho is a traditional Vietnamese dish, it’s believed that Pho has originated in Nam Dinh, and can also be considered as one of the typical dishes for Vietnamese cuisine. The main ingredients of Pho are Pho noodles and broth.

Pho is always enjoyed while it’s still hot. To get delicious bowls of Pho depends a lot on the experience and traditional know-how of the processor, in which the broth must ensure a sufficient blend of spices.

“Chicken pho noodle soup, Vianco concentrated seasoning, prepared in 3 minutes” is a blend of spices that creates the flavor of Pho. Making it easier to cook Pho while still achieving the perfect taste.

The ingredients are extracted completely from nature such as Cinnamon, Star Anise, Cardamom, etc. Creating a delicious and rich taste. In addition, “Chicken pho noodle soup, Vianco concentrated seasoning, prepared in 3 minutes” can be used to cook other dishes such as Udon noodles, Hue beef noodles, vermicelli…

“Vianco Chicken Pho noodle concentrated Spiced Soup, prepared in 3 Minutes” with natural ingredients that help bring out the flavor and the richness of the broth. The key to the success of a delicious bowl of Pho.

How to cook traditional Pho broth: Stew chicken bones and meat for 3-4 hours, skim continuously for clear water, then add spices such as star anise, cinnamon, etc. in the broth and season to taste.

How to cook the broth with “Chicken noodle soup, Vianco concentrated seasoning, prepare in 3 minutes”: Cook 1.2L of boiled water, add 200ml of Vianco noodle soup, stir for about 2 minutes, then season to taste. Then you will have the finished broth right away. Served with noodles, chicken with herbs. 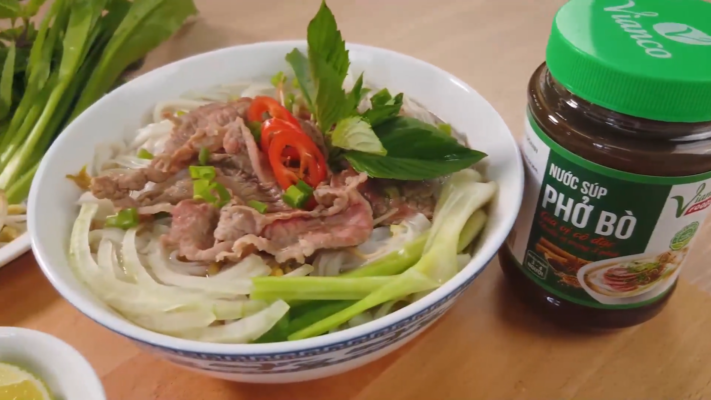 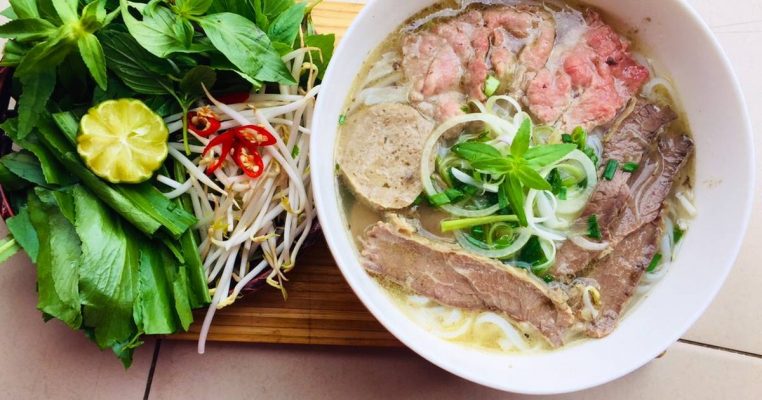 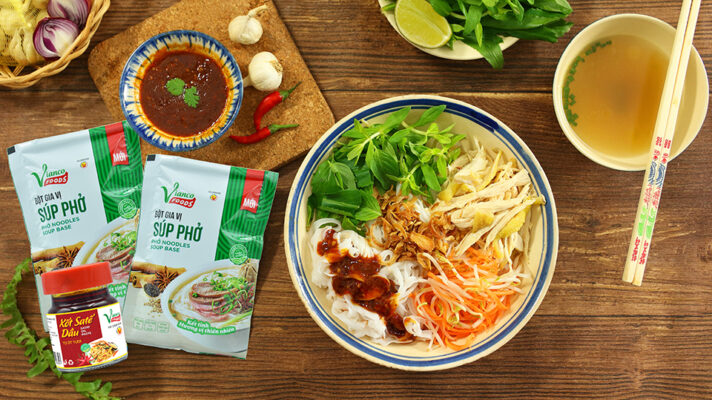